You can call it the Lunar New Year or the Spring Festival – Chinese New Year is celebrated by more than 20% of the world ’s population!

Some believe it begun back in the Shang Dynasty (1766 – 1122 BC), where Chinese villagers successfully chased away a monster called Nian, by painting themselves red and lighting up bamboo sticks. Others believe that it is to celebrate the end of cold days in China, welcoming new harvest and planting. New beginnings and a fresh start!

END_OF_DOCUMENT_TOKEN_TO_BE_REPLACED

Our team at BARE International is always looking for new ways to improve our services for you! In this quick update, we will introduce new features and share a few tips to make your evaluator experience more enjoyable! So what’s new? END_OF_DOCUMENT_TOKEN_TO_BE_REPLACED

On February 6th, aptly with our Vice President Cedric Guy in town, we organised our first Evaluator gathering of 2018.

Held at the B3 Cafe at Bras Basah, the event served as a bonding session for Evaluators and the BARE team alike to get to know more about each other. It was also our way of saying thank you, and we wanted to at the same time provide assistance and answer any queries our Evaluators may have.

We had a total of 10 Evaluators in attendance, most of them having been with us for a considerable length of time.

It was a nice and cosy catch-up over food and drinks and we owed it to each and every Evaluator for making the occasion a joyful one. And while we are thrilled to hear that our Evaluators are largely happy with our response time and assignments given, we are also keen to improve ourselves basis the valuable first hand feedback we’ve gathered from them.

Our Evaluators form an integral part of ourselves, and having their genuine interests met equitably is top on our priority list.

We have already started planning for the next gathering (hint: sharing is caring) and we can’t wait to meet even more of our Evaluators! 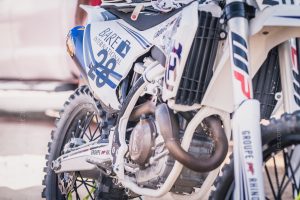 If you could be any animal in the world, what animal would you be and why?

“I’d be a bird, to be able to fly”, that was Sylvain’s answer, one of our evaluators and the first person that BARE has ever sponsored.

But he is not the typical person that you might see in a 9 to 5 job; he’s a photographer, a traveler, and motocross rider in his free time.

Born and raised in France, he started to work on his first passion -photography- at the age of 22. Doing photography is one thing, being able to visit places like St. Tropez and the south of France for a ‘job’ is a whole other thing. 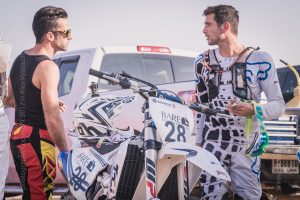 His persistency and an opportunity allowed him to move to the UAE, where he continued his career in photography and joined our team as n evaluator.  Sylvain was a motocross rider in his spare time, from the time he was living in the south of France and BARE’s sponsorship allowed him to go to his first race, the Emirates Desert Championship where he came in 14th place out of 52 participants, which is a great outcome for a non-professional rider.

“Bare International made me appreciate the race as well …. With the motivation of the sponsorship you can put yourself in the race and you have a good motivation. If you do it by your own, it’s always a little bit about your ego and pushing limits and sometimes reaching your limits means hurting yourself”

Do a whole championship.

When I got the age to have a car, my father bought me a Volkswagen van because at the time I like to carry a lot of things with me and inspire me to live a free ride life.

Do you still have it?

Actually, my father has it in France and he is restoring it.

What’s one thing you wish you knew when you were younger?

To learn everything I could.

Notes: Sylvain is currently living in Los Angeles, California. He has moved there by love (aren’t we all?). He’s still part of our evaluators’ team and told us that “When you are an evaluator you have to find The Good Purpose, sometimes is the money (which is a good purpose) but it could be anything, it could be the experience, moving out, meeting new people, develop your writing skills…”

Fill out the form below to Access the Benchmark Studies